We've been counting the months and now we are only weeks away from welcoming Baby Stratus aka Maximus into the world! We now take a look at Trish's growing bump.

Trish announced she was expecting her first child earlier this year at the end of her WWE Hall of Fame speech at Madison Square Garden. She also happily shared that she would be "delivering a little Stratusfaction in September" with her Beyonce-esque reveal. And so, the countdown began! 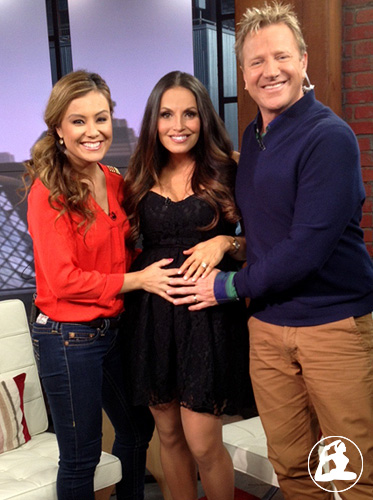 The glowing mother-to-be looked stunning as she joined CP24 Breakfast to promote her Stratusphere sponsored event MetCon Blue in Collingwood. Her tweets later revealed she joined fellow Liquid Nutrition partners Arlene Dickinson, entrepreneur and dragon on CBC's Dragons' Den and Atlanta Falcons quarterback, Matt Ryan for a shareholders meeting. At 5 months into her pregnancy, Trish was showing no signs of slowing down. 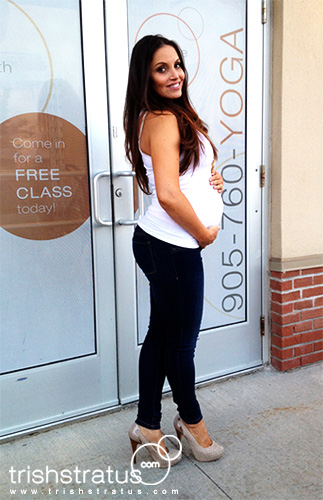 We patiently waited to see the next baby bump revel and it finally came when the seven-time champion proudly showed off her seven-month baby bump in an impressively high pair of heels for our special Fan Forum Five: Baby Stratus edition. 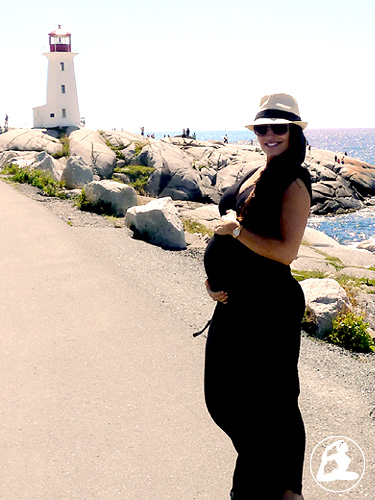 The Hall of Famer was radiant as she shared photos from her recent babymoon in Halifax, her last trip before she welcomes her new baby boy into the world. 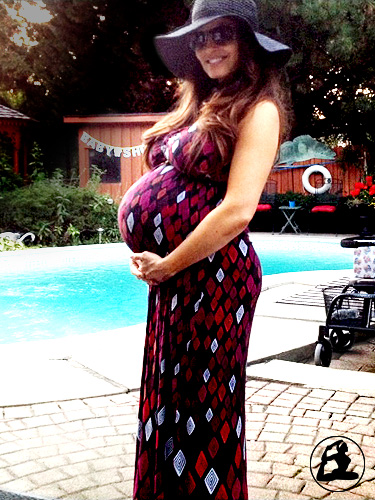 In an exclusive photo shared with TrishStratus.com, we see Trish at a private family baby shower showing off her 9 month bump! This photo gets us excited because this beautiful mama looks about ready to pop!

From these photos, we can conclude that clearly pregnancy suits Trish! It has been a joy watching her bump blossom and we can't wait to see what may possibly be her most anticipated photos ever – Trish and her new baby boy!